Raw material prices have not stopped since February, regardless of raw materials such as titanium dioxide, butadiene and other raw materials have been soaring. Since the beginning of December 2016, pure benzene prices have also risen; by mid-February 2017, the increase has reached as high as 27%! Many TPU companies affected by it also adjusted their prices accordingly. The main reason was that the main raw materials also followed the upward adjustment. The AA price rose the most, reaching 23%.

In fact, on February 5, Wanhua Chemical raised the price of all TPU products by 1,500-2,000 yuan/ton on the original basis. 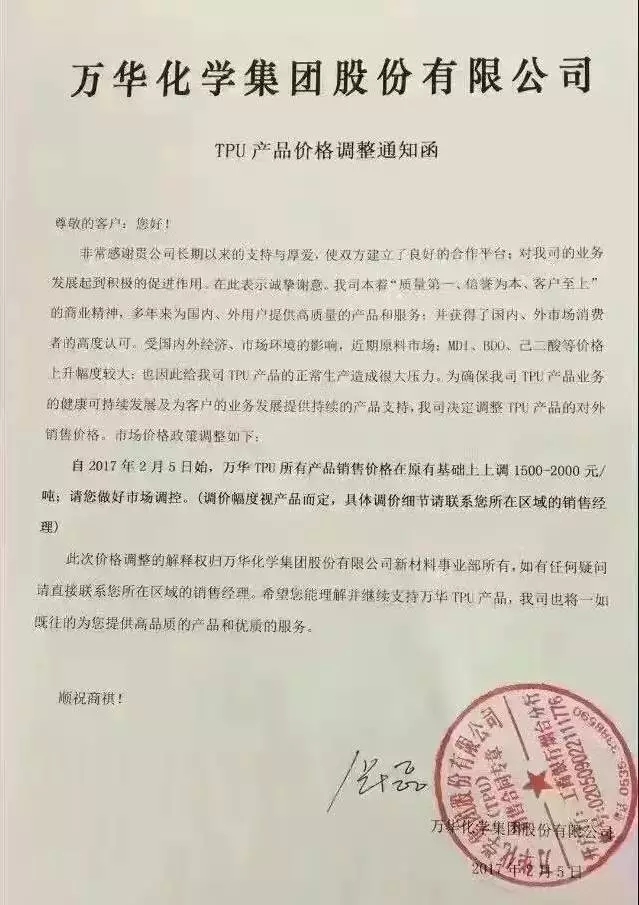 Today, Wanhua Chemical once again adjusted the prices of all TPU products! From February 27, 2017:

The sales price of all TPU products in Wanhua Chemical's domestic market is increased by RMB5,000-5,500/ton on the original basis;

The sales price of all TPU products in the export business in the Asia-Pacific region was increased by US$300-400/ton on the original basis. 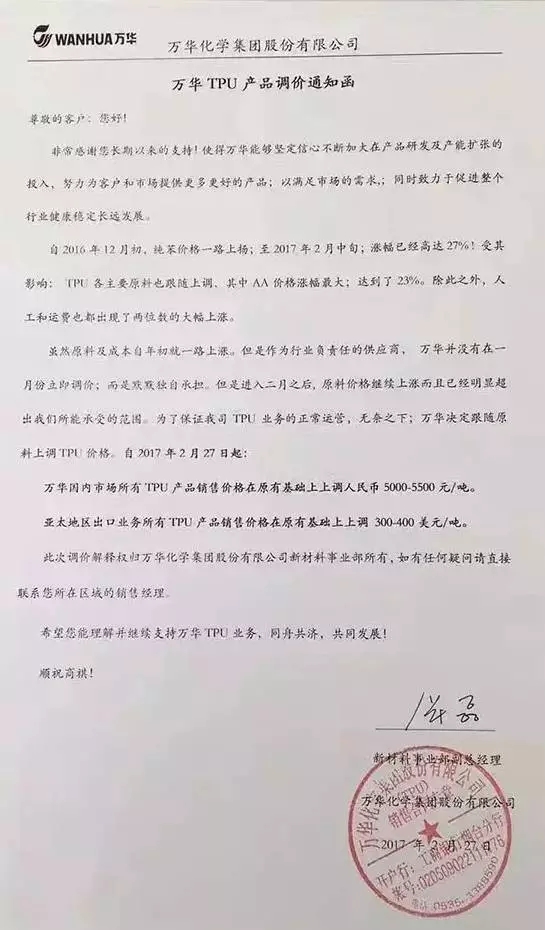 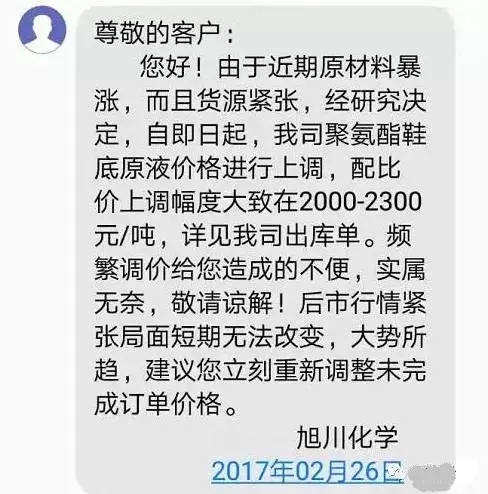 On February 10th, Shanghai Heng'an Polyurethane Co., Ltd. adjusted the prices of all TPU products and increased it by 1,500--2,000 yuan/ton on the original basis. 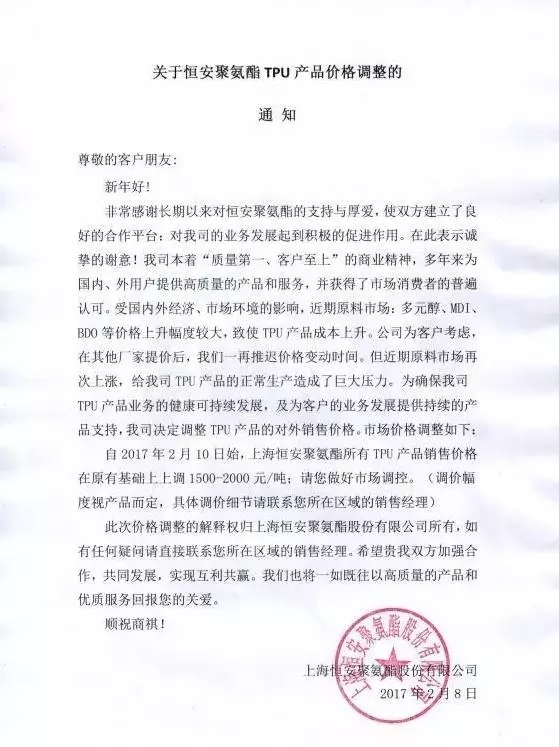 In addition, Reichhold Corporation announced that it will produce all solvent-based alkyd resins, water-reducible alkyds and copolymers, alkyd emulsions, acrylic emulsions, polyols, polyurethanes, epoxy resins, saturated polyesters, and polyesters. Prices for powder coating resins and other products are subject to price increases. This price range applies to all products sold in the United States and Canada, and covers all orders shipped on or after March 20, 2017.

Comments: Hengan, Ruihua, Asahikawa Chemical and other companies have started to adjust the price of TPU. Wanhua Chemical also adjusted the price of TPU twice in just 20 days, which has increased by 6500-7500/ton before the price adjustment. This is really crazy! Does this significant price adjustment by polyurethane companies mean that a new wave of polyurethane price increases will sweep the entire industry chain? Where do downstream companies go? If raw materials go up like this, will it confirm the sentence: If God wants to perish, it must first be made crazy? ? ?

Xunda Liquid Adhesive can be used as primer for this system. It provides a strong  cohesive bond to the primed steel surface.

The Polypropylene Bitumen Tape can be applied by hand or with a wrapping machine.